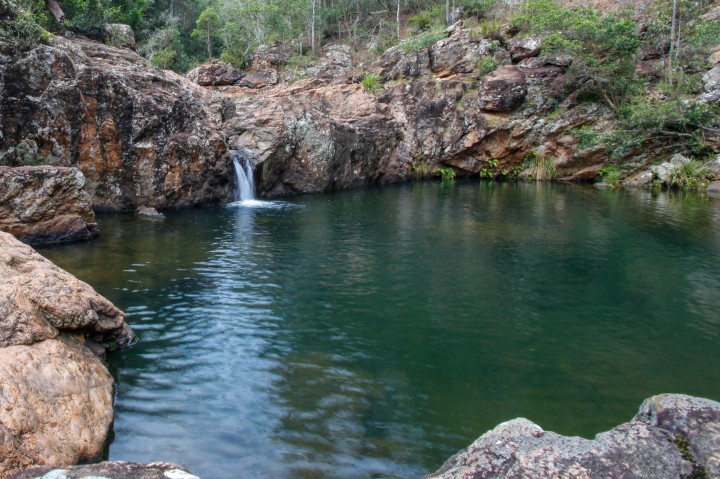 And just like that we had a van. Matt decided to hit the ground running and get some 4WDing in ASAP so a few days later I found myself bumping along the road feeling like a queen looking over every other car in sight. Delicas are bloody tall!

The Egg, as I previously mentioned is a 2005 Mitsubishi Delica Chamonix. It was built in Japan where they are predominantly used to ferry people up and down ski slopes. Ours came complete with a snow melting window and an internal fan that it routed over the top of the engine (I’m sure this is great in cold places but not in Brisbane). It is also a 4WD and when I say 4WD I mean a proper high clearance, low range, take it on a beach and over rocks 4WD, not a 4WD that can manage some slightly rutted gravel. This thing is the real deal.

The Germans had spent an unbelievable amount of time and care converting the van into a touring machine. The bed is huge as Karl (the boy German) would have easily been over 6 feet tall, and sits on top of the draw system which has a full kitchen area and storage, fridge, table, and yet more draws for storage at the back. Behind the drivers side chair there is a battery that hooks up to the solar panel which is mounted to the roof. The windows are covered in home made curtains with a pattern comprised of happy jellyfish in purples, blues, and pinks. Karl was stung by a blue bottle the second time he went to an Australian beach so they made them for him to remember that lovely event (German humor).

Anyway enough about the van and back to the trip. The drive out of Brisbane was pretty dull but we stopped at the edge of Lake Samsonvale for lunch which was lovely. We made our first meal of ham rolls with tomato and cheese and sat on a picnic table in the sun watching waterbirds and listening to children shriek. Matt wanted to make our way through D’aguilar State Forest via 4WD and then down through the Glasshouse Mountains to our campground for the night so we headed off into the hills and to my first ever experience of 4WDing.

I have got to say as a 4WD virgin I found the entire thing to be seriously nerve wracking and a couple of times I had major misgivings about the entire plan. I imagined myself accidentally tipping Egg off a ledge or getting wedged between rocks without another human for miles. But it all worked out well. The only thing that nearly brought us to grief was a log that had fallen across the track. Not an issue for literally any other type of car but a big problem for our 2m+ van. Matt managed to sneak under by lining up into a ditch on the right hand side and carefully easing it through.

With the sun going down we had to call it early and get back onto the asphalt. We arrived at the campground just as it was getting dark which gave us enough time to unsuccessfully attempt to light our first fire (Matt blamed the wood).

The next day we got up and I eagerly started cooking our first camp breakfast. Bad news we forgot a spoon for stirring the eggs in our non stick saucepan, good news I made a replacement out of the lid from a tupperware container. As Bear Grylls always says, improvise, adapt, overcome. We were joined for a while by a pair of friendly kookaburras.

After breakfast Matt wanted to go for a walk up the creek. The water was murky and still which resulted in some really beautiful reflections. There was an abundance of bird life, beautiful plants (which I took too many photos of) and you could be certain the river was full of fish.

Post walk we packed up the van and started to make our way back to Brisbane via the back roads of the Glasshouse mountains. On one particularly rough gravel number in the middle of nowhere we stumbled upon a woman in a van stopped on the side of the road so we checked on her to make sure she was ok. Not only was she fine she gave us a CD of her great music and a sticker, perfect #vanlife moment. I’ll let you know her name when I can find the CD…it’s somewhere in the van.

Overall we are both beyond stoked with the Delica and our first little trial and have already started working out where we are going next. I can’t wait!

Coochin Creek Campground – Located in the Beerwah state forest just over an hour out of Brisbane (or 4 hours if you go inland and start mucking around on 4WD tracks). As far as campgrounds go it was really lovely. The place was really busy because it was the Mother’s Day weekend but the spaces were a reasonable size and it still felt like we had a lot of room. There were clean toilets (that ended up all getting blocked on Sunday morning), fire pits, electric BBQs and a launch for kayaks. We both really liked the creek setting but apparently the mozzies can be a nightmare (not an issue for us). $7 per person per night 6/10 (not terrible, not amazing).